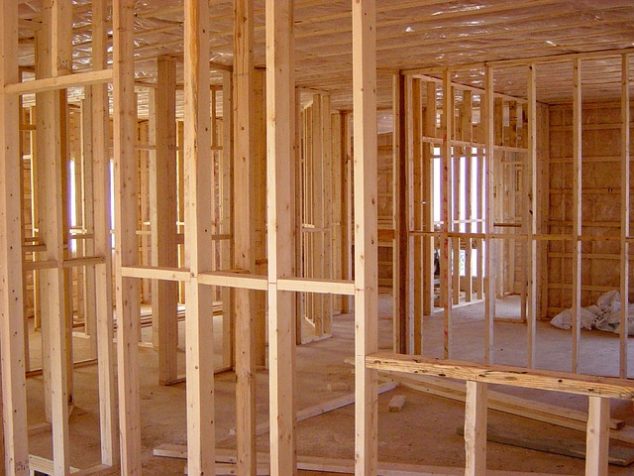 A house’s frame is what keeps it from falling down. It is composed of beams that are joined together to form the “bones” of the structure. While a solid frame with a good foundation build can keep a house up for centuries, a faulty frame or weak foundation can bring it tumbling down in no time at all.

Building code is one of the reasons why we don’t often see houses tumble down. It is a set of rules in place to ensure that any large structure follows basic principles of engineering. Any kind of house framing must adhere to these codes.

While many commercial buildings are framed using metal, most house framing is done with wood. Wood is less expensive, easier to work with (it requires no welding, can easily be cut, and weighs a whole lot less), and has proven durability. Homes with metal frames are not unheard of, but the ease and cost effectiveness of wood most often outweighs the stability benefits of metal.

Foundations for houses are concrete. It is inexpensive, versatile, and above all, tough.

Start with a large amount of concrete. This concrete can be poured a floor beneath the ground if there is to be a basement, or near the surface for a “slab” foundation. Either way, basement or slab, extra long and wide sections of concrete (called “footers”) are poured along the perimeter to provide the support needed for the exterior house walls. Beams are often sunk into the foundation to provide support for load bearing walls inside the house.

Balloon framing, though once very popular, has been replaced in most new houses with platform framing. Wall studs that extend from the foundation all the way to the roof of the house characterize balloon framing. The two major reasons for its unpopularity are: the length of lumber needed for balloon construction has become expensive, and fire spreads quickly through the continuous walls. Metal house framing is responsible for a recent (though small) rise in balloon construction. Metal studs decrease the fire risk and can come in longer lengths than wood without significantly raising costs.

Most modern houses make use of platform framing. Walls on each floor are independent of each other and rely on their own construction for stability, rather than depending on foundation to roof studs. Platform framing is less of a fire hazard than balloon framing. It is also preferred because the platforms make it easier to work on upper floors (a task that requires scaffolding in balloon framing).

Basement framing is the process whereby a cement or concrete wall is overlaid with a more finished, more usable wall, which can be wired for electricity and insulated against the elements. As in regular wall framing, vertical 2x4s, called studs, butt against horizontal 2x4s, called plates, at the top and bottom; these form the “ribs” of the walls. But basement framing comes with its own unique set of issues.

Things to think about when you decide to undertake the wall-framing process in your basement include:

Although wall framing is a fairly simple task for your average carpenter, these issues, along with the considerable time that the project takes, convince most homeowners to bring in professional help for this job. Either way, the cost to frame a basement is a worthwhile investment for your home, as it will increase your space while you’re there, and add to your home’s resale value in the future.

The type of house framing you employ will depend largely on the area where you are building. Certain techniques are more desirable in certain places. Whatever your needs (a basement, a flat roof, or even stilts), there is a frame to match them. Choosing the right one will ensure a solid structure for years to come.


Need to find a pro for your house framing? 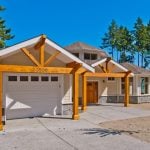 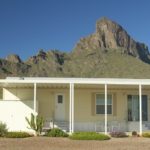 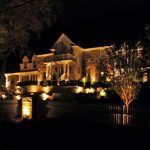 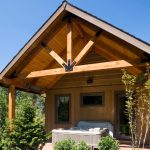 The Enduring Popularity of Wood Houses 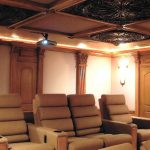