Contrary to Bill Murray’s preferred method of dealing with a gopher problem in the movie classic Caddyshack, detonating high explosives is generally discouraged as an effective measure in ridding yourself of a gopher problem. He might have been on to something, however, when he said, “My enemy, my foe, is an animal. In order to conquer the animal, I have to learn to think like an animal. I’ve gotta get inside this guy’s pelt and crawl around for a few days.” The best way to deal with a gopher problem is to understand their habits and then adopt pest control measures accordingly.

How to Identify the Presence of a Gopher

This is pretty easy to figure out. Gophers are subterranean animals, meaning they spend most of their life in underground burrows that they dig beneath your lawn, flower beds, and vegetable gardens. In the process of building their burrow system, they push fresh dirt out to the surface creating mounds. These mounds are a sure fire sign that you’ve got a problem. If you can have raised “tunnels” working across your yard, you’ve got mole problems, not gophers. Gophers dig their tunnels deep below the surface, and their dirt mounds are the only physical sign they leave. Moles dig just under the surface, leaving “tracks” as they go.

Gophers dig their tunnels about 6 to 8 inches beneath the ground, with feeding burrows as deep as 6 feet under. Usually there’s only one gopher per burrow system, meaning they are relatively easy to eradicate from a pest control standpoint, since there is usually a single individual causing your problem. They feed on any vegetation they can get their hands on, including your flowers, shrubs, trees and vegetables, and often pull plants down into their burrows by the root when they find good eating. In short, a single gopher can do serious damage to just about all the vegetation on your property in a very small amount of time.

A Gopher Problem Is Bad News

If you’ve identified the presence of gophers on your property, you want to get rid of them as quickly as possible. Obviously they are detrimental to any vegetation on your lot, and their unsightly mounds are ugly additions to your landscaping. They can be party to more serious issues, however. Gopher burrows can siphon irrigation water away from your yard, further damaging your landscaping, and they are notorious for chewing through plastic sprinkler systems and other underground utilities as well.

Need to find a pro for your Gopher Problem?

There are really only two proven methods of gopher control out there: trapping and poisoning. The best traps are two pronged pinscher traps that are installed into a burrow and kill the animal when the trap is triggered. Poison is also a viable alternative, though it must be placed in the main burrow, as opposed to lateral ones, to be very effective. If you have doubts about how to find burrows, or about identifying the proper burrows to trap or poison, talk to a pest control professional with experience in dealing with a gopher problem. Gophers are crafty animals, and if they suspect a threat they will plug the offending burrow to eradicate the danger. By hiring a professional you can ensure that you are attacking, and getting rid of, your gopher problem in the most efficient manner possible. 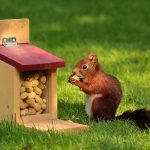 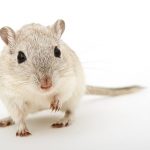 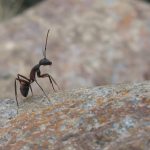 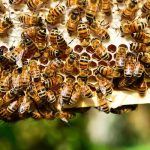