A History of Brick-Making 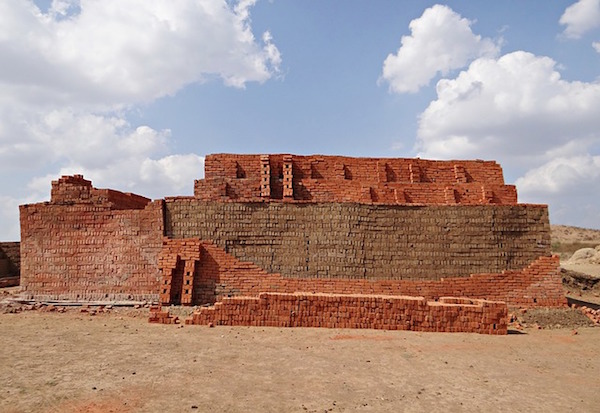 One of the first building materials were mud bricks, molded by hand and dried in the sun for days. Later, bricks were made of clay and fired in kilns to create a strong, lasting material. The raw materials that were required to make bricks were plentiful, and brick-making quickly became a trade. Bricks are commonly made of a combination of clay and sand. The mineral content of the brick determines what color the brick will be. For instance, red bricks contain more iron, while whiter bricks have higher iron content. Throughout history, bricks have been used in every culture, from the Ancient Chinese to the Romans. People viewed brick as a stronger material than wood, as it was resilient to fire, rot, and pests. Brick has been used to build everything from homes to barriers to tombs. In modern times, bricks have been used to create outdoor living spaces like patios and bars, as well as for decorative uses, including flower pots, mailboxes, and other landscaping.

Brick-Making in the Middle East

The Middle East has a rich history of brick-making. Bricks that date back almost 10,000 years made from excess mud from flooded rivers have been discovered throughout the Middle East. The oldest testament to the use of brick was recorded in the Bible, which recounts the Israelite slaves building pyramids for the Egyptians. Bricks were made by combining clay with straw, which better allowed them to withstand the elements and the test of time. These become known as adobe bricks, qualified by their composition of straw and clay, and being dried only by the sun. While adobe construction is often linked to Mexican peoples, adobe bricks can be found across the globe including in the Middle East, West Asia, and Africa.

Fired bricks have been used in Chinese architecture and flooring since the reign of the Qin Dynasty. The bricks the Chinese used had two sides: a smooth side to be aesthetically pleasing, and a rough side to secure the brick to other surfaces. Many remains of ancient Chinese bricks are burnt lumps of clay, making them difficult to study and accurately date, but a recent study was able to date some of the remains as far back as 7,000 years. The most famous use of bricks throughout Chinese history is in the Great Wall of China, which took some 3 million bricks to build. A lot of art throughout Chinese culture is composed of brick and stone. Artists would carve symbols and figures to create architectural decorations to explain history.

Brick-making in Europe dates back to the late 13th century. Europeans were forced to create bricks due to a shortage in building materials like quality timber and a lack of natural stone. For this reason, brick-laying and brick-making craftsmen emerged to rival with masons to set a new standard for building. Brick Gothic flourished in many places throughout Europe that lacked natural rocks to build with. Many examples of this style of building can still be seen today in modern Europe in places like Denmark, Poland, and Russia. As brick-building styles evolved, a Brick Renaissance occurred that became closely associated with the Italian Renaissance. The extruded brick style was popular among Europeans. This type of brick was made by applying extreme amounts of pressure to low-moisture clay.

Brick-Making During the Industrial Era

The Industrial Revolution brought on a wave of machinery and new technology. For the first time, processes were streamlined to be more efficient and more cost effective. Wood was pushed aside as a source of fuel and replaced with coal. With the development of steel machinery, brick-making became faster and better. Multiple bricks could be produced at a time, and their quality and consistency were perfected. Construction was a vital component of the industrial revolution, so mass production of bricks was a necessity. Famous buildings that were built during the Industrial Revolution include the Empire State Building and the Woolworth Building.