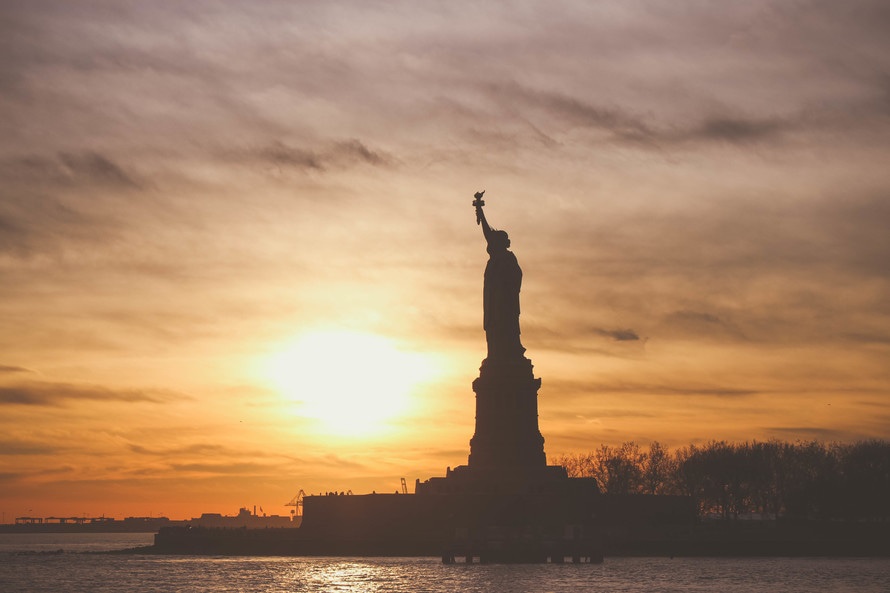 The Statue of Liberty is an iconic structure representing liberty and freedom in the United States. It is located on an island in New York City. The Statue of Liberty was a gift from France that was originally proposed by an activist and intellectual named Edouard de Laboulaye in 1865. Laboulaye wanted to honor the United States’ friendship with France as well as the centennial of independence. A sculptor by the name of Auguste Bartholdi agreed with Laboulaye’s idea and they began designing the statue in 1870.

Bartholdi traveled to the United States during the time he was designing the statue and it was during that trip that he selected the site of the statue; Bedloe’s Island. While the island was small, its location made it visible to all ships entering the New York Harbor. Bartholdi considered the New York Harbor to be the gateway to America. In 1876, Bartholdi began to direct French craftsmen and artisans who would complete the construction of the statue. The same year, a piece of the statue was completed and displayed at the Philadelphia Centennial Exposition. The head and shoulders of the statue would not be completed until 1878, at which time they were shown at the Paris Universal Exposition. The complete statue was assembled in Paris between 1881 and 1884.

The United States agreed to complete the pedestal for the Statue of Liberty, and construction began in 1884. Following the presentation of the statue to Levi P. Morton, the US Minister, on July 4, 1884 in France, it was disassembled and transported by ship to the United States. The statue arrived in New York Harbor on the French Navy ship Isere on June 17, 1885. While the arrival of the Statue of Liberty was met with great fanfare, the construction of the pedestal was incomplete. The entire statue was not fully assembled on the pedestal until 1886. The statue was constructed quickly by a construction team made up mostly of new immigrants. The first part of the statue to be constructed was the iron framework. The remainder of the statue was the reassembled without the use of scaffolding. Instead, all needed materials were hoisted up by steam driven derricks and cranes.

The final section of the Statue of Liberty to be completed was the head, which would remain veiled until the dedication of the statue. The Statue of Liberty was officially unveiled on October 28, 1886. Although the weather that day was foggy and wet, approximately one million New Yorkers turned up to watch the unveiling. There were parades to honor the statue as well as music. Bartholdi was on site to unveil Liberty’s face, which had been covered with a French flag.

More Information on The Statue of Liberty