Local Guides & Histories: Railroads in Texas from Fort Worth and Beyond! 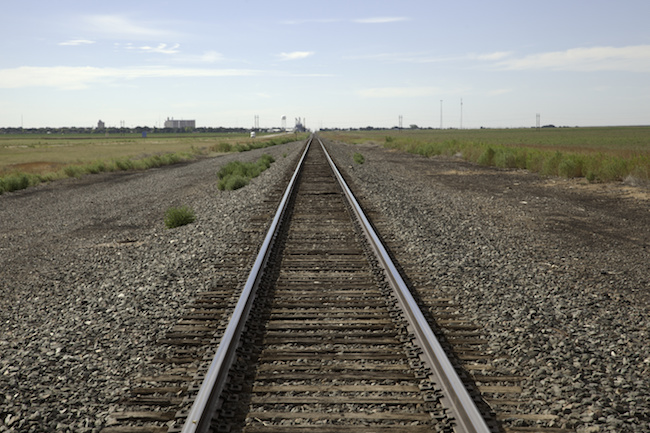 Early settlers in Texas encountered some transportation challenges due to the geography of this region. River bottoms were prevalent along the Gulf Coast and throughout eastern and southern regions of the state. The rivers in Texas were really not sufficiently deep to enable navigation by steamboat throughout every month of the year.

If roads existed, they were often impassable due to weather conditions. These transportation challenges were a far cry from the technology we have today, including heated driveways and snowplows. The state tried to resolve these problems by improving rivers and building plank roads.

It wasn’t until the expansion of railroads hit Texas that transportation improved for this state.

The Texas Railroad, Navigation, and Banking Company was chartered in 1836. The purpose of this company was to build railroads throughout the state. This company had the backing of some of the most prominent citizens of Texas. However, many Texans were suspicious of the company’s motives. This discord resulted in the dissolution of the company by 1838, without it ever having laid a single rail.

Other railroad charters were created in the following years; however, none of these companies were able to move forward with railroad construction. Finally, the Buffalo Bayou, Brazos, and Colorado Railway Company came to be in 1850. Construction for the railway began in 1851, and the first portion of track opened in 1853.

The Galveston and Red River Railway Company was chartered in 1848, but this company did not break ground for its railway until 1853. In 1856, the first segment of track was opened to the public, as the railroad’s name changed to the Houston and Texas Central Railway Company.

New railroad companies were started over the ensuing years, and by 1861, nine companies were active and approximately 470 miles of track existed in Texas. Each railway company was active for only a short time, but the contribution of each company was important for furthering the progress of railroads in the state of Texas.

Texas was unable to support the construction of early railroads. Therefore, financing was provided by investors from the eastern United States and from other countries. Texas received financing assistance in the form of bonds.

As incentives for this financing, Texas offered loans and land grants. In 1854, a land grant law was passed that gave authorization for 16 sections of land for every mile of track. Texas maintained this law until 1869, when land grants were outlawed. By this time, years of use during the Civil War without maintenance had led to serious issues with the condition of the railroad tracks throughout the state. Some sections of track had to be closed, and other sections were rerouted.

By about 1867, new construction was getting underway. During the 1870s, more progress was made, and track work moved forward at a greater pace. An amendment repealed the land grant law in 1874, and land grants were legal again until 1882. At that time, a lack of unappropriated vacant land forced the end of land grants.

The railroad mileage in Texas was 2,440 miles by the end of 1879. Eastern Texas had extensive railroads, but western Texas was not as developed. The next decade saw significant expansion, with the mileage jumping to more than 6,000. Two transcontinental routes even crossed the state at this time. The Fort Worth and Denver City Railway Company connected Fort Worth with the Texas/New Mexico border.

Jay Gould was an active participant in the railway companies during the 1880s. Gould controlled several different railway companies for a number of decades. Corruption was an ongoing issue as powerful railway companies worked behind the scenes to control lawmakers and government. Rail reform fueled the election of James S. Hogg, who was elected governor of Texas in 1890. Hogg created the Railroad Commission in 1891.

Although building continued, there were large areas of Texas still without track. Railway mileage was at 17,078 by 1932. At this time, three separate systems controlled about 70 percent of the railroads in Texas. In 1936, the Burlington-Rock Island Railroad Company unveiled the first diesel passenger service, and other companies followed suit a short time later. Initially, travelers utilized these passenger trains extensively. However, improved roadways and the ability to travel by air resulted in a decline by the 1970s.

Texas boasts the most railroad mileage of any other state in the United States, serving a variety of industries, including home remodeling and home plumbing companies. Texas also has the most railroad employees in the nation. Coal, agricultural products, and chemicals make up some of the railroad tonnage moved in Texas. Railroad deregulation was responsible for new freedoms for railway companies and significant changes in the railroad business.