Different Homes Around The World 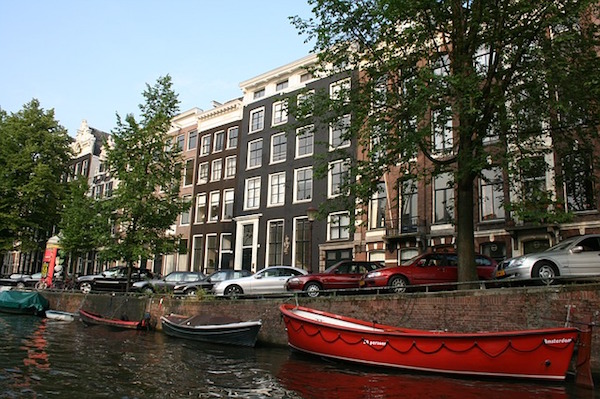 Around the world, people live in many different types of houses. Some houses are very large, some are made with expensive materials, some are very simple, and others are extremely old. All of them have one thing in common: they keep people comfortable, whatever the weather outside. Depending on where you live, a particular type of house may be most appropriate. If you live in the city, you won’t live in a log cabin, and if you live in the arctic tundra, you can’t live in a tepee. Learn about some of the most unusual houses in the world to get an idea how other children live.

Igloos are dome-shaped houses made of ice. In places where the weather is below freezing for most of the year, an igloo is an ideal type of house. To build an igloo, you first cut blocks of ice in particular shapes. Then you can stack them, much like bricks, to create a dome.

A tepee is a type of conical tent. Traditionally, tepees were used by certain Native American tribes. Tepees are made of light materials, so they are easy to transport and ideal for nomadic groups.

The wigwam is a type of domed house that was used by Native American and Canadian First Nations tribes for many years. They are usually made out of brush, bark, grass, rushes, hides, or cloth.

There are many types of longhouses from around the world. In general, all of them are much longer than they are wide. In North America, they are traditionally made of wood, but in some other places, longhouses are made of logs, reed poles, or thatch. Longhouses exist in America, Europe, Asia, and Oceania.

A chickee or chickee hut is a type of house that the Native American tribes in the southeastern United States traditionally lived in. Chickees are mostly open, with simple poles and a thatched roof. In Florida, where most chickee houses can be found, there is often rain but very seldom very cold temperatures.

A log cabin is a very basic type of wooden house. Instead of sawing or milling lumber into planks, someone building a log cabin simply uses whole logs. By flattening the sides of these logs, it is possible to stack them up and create a closed structure.

A stilt house is any type of home that is raised off of the ground with strong poles, also known as stilts. Stilt homes are very useful in places where it rains frequently and may be flooded. Even if the ground becomes soaked with water, the house stays dry!

An adobe home is made of clay and usually built in places where the soil consists of a lot of clay. For example, in the southwestern United States, it is common for native tribes to build their houses out of adobe. The roofs of adobe houses are often flat because it rarely rains in these regions.

A mud house is a little bit like an adobe home; it is made of mud. However, mud houses may be built in places with more rain than where you find traditional adobe houses. They usually have sloped roofs made of thatch.

If you live in a watery place, you might wish to live in a houseboat. Houseboats are simply boats that are designed for comfortable living, with a kitchen, bedrooms, bathrooms, and an area to eat and relax.

In the past, the richest people in Europe lived in enormous houses called castles. Today, most castles have been converted into museums so everyone can see how kings and queens used to live.

A lighthouse is a very helpful type of house because it has two purposes. It is a place for someone to live, but it is also important for sea captains because it features a large light that indicates where the coastline begins.

A mobile home is a type of house that is built on wheels. If you have a mobile home, you may “park” it in one place or you may choose to drive it around.

A cave house is a very basic type of home where early people lived. Today, very few people live in caves, though there are some exceptions in southern Spain, for example.

A penthouse is a type of home that is high at the top of a skyscraper. These apartments are usually found in big cities, where you can see interesting views from the windows.