Resources > Appliances > Embrace the Future with an Induction Cooktop

Embrace the Future with an Induction Cooktop 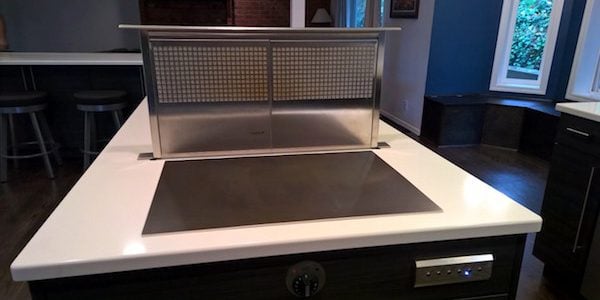 The U.S. is rarely noted for being behind the times when it comes to the use of cutting edge technology. When it comes to induction cooking, however, that is certainly the case. Though induction cooking has already taken over the lion’s share of the international cooktop market, it is just catching on here in the USA. You still might have to shop around a little bit, but you can rest assured that suppliers and retailers are working overtime to make certain that an induction cooktop is available to homeowners across the country.

Induction cooking is being touted as a superior cooking method primarily because of the nature of the heat it creates. While gas and other electric stovetops create heat using burners that sport gas flames or red hot heating coils, induction stovetops cook food by heating up the pot itself. Sounds impossible, but an induction burner creates an electromagnetic current beneath the surface that runs up through the pot, creating resistance in the pot’s metal, and in turn creating the heat you need to cook your food.

What all that means from a layman’s standpoint is that an induction cooktop heats up metal pots, not the cooking surface. You can lay your hand on an induction “burner” turned to high and not feel a bit of heat. Put a ferrous metal pot or pan on that same burner, however, and you’ll be boiling water in no time. And unlike other electric powered cooktops (induction needs an electrical hookup to operate), induction burners can be turned down (or up) instantly, much like gas, since the surface never has to heat up or cool down.

One of the major benefits of induction cooking is improved efficiency when it comes to your stovetop. Traditional cooking methods lose between 60% (natural gas) and 50% (electric coils) of the heat they produce before the energy ever begins warming up your food. Where does that go? Some is lost in heat absorbed by the cooktop surface (especially with glass top electric stoves), but by far the majority of it escapes into the surrounding air and heats up your kitchen instead of your dinner. An induction model, on the other hand, transfers 90% of its energy to your food, losing only 10% to other means. That means you’ll use much less energy, and pay lower bills, to cook the same meals when you choose induction cooking over natural gas or other electric cooktop systems.

You might think this type of technology requires bulky or at least fixed mechanisms to work properly, but nothing could be further from the truth. Portable induction cooktops are so compact that they resemble the size and weight of a typical bathroom weighing scale. Naturally, this means you’ll only be able to cook one large pot or pan at a time. Without a scalding hot stovetop surface, however, you can cook this dish right at the dining room or kitchen table with little fear of burning yourself or your guests. Most models vary in price from $100 for basic units to $1,000 or more for models with electronic touch screens with multiple features.

Need to find a pro for your induction cooktop?

About the only drawback of induction cooking is that it only works with ferrous metal pots and pans, such as cast iron or stainless steel. Neither aluminum, copper, nor Pyrex will work with these cooktops. If you have made a substantial investment in non-induction friendly cookware, you might want to think twice about these units. Otherwise, it’s time to upgrade your cookware and look for pot and pan lines that work with induction technology.

While the technology might seem out of this world, installation is not. In fact, induction stovetops are incredibly easy to install. All they need is an electrical outlet to plug into and a countertop to fit over, and you’re good to go. In fact, because induction cooktops are manufactured so thin (less than 2″ in some cases), they can be installed just about anywhere in your kitchen. If you’re interested in catching this wave of the future, you should talk to a kitchen contractor or appliance installer about getting your new induction cooktop installed as soon as possible. 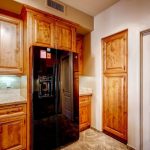 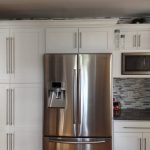 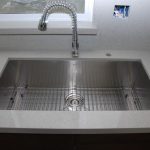 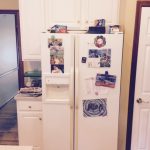 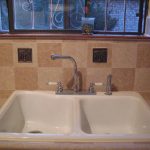