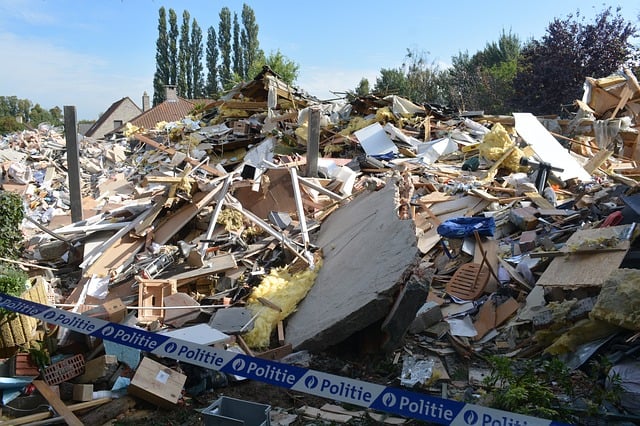 When an earthquake strikes, your life is inexorably interrupted. As such, it’s important to be prepared for anything that could happen after the rumble, whether you need to take steps to have emergency home repairs or go to the right sources for help. While you should be prepared for an earthquake, sometimes even the best-laid plans can’t cover every scenario.

To help you prepare a bit more, we’ve compiled a resource guide on earthquakes with information you will need and probably want to know on this natural disaster. Below includes: an introduction on the natural disasters, examples of devastation, how to prepare for one, what to do after the strike, the assistance afterwards, how to help others, and geological information. You should also consider consulting your local authorities or home service professional should you have additional questions about earthquakes and preparing your home and family for them.

How much does a geological survey cost? Review our Land Surveyor Cost Guide for price information.

What are earthquakes, besides the compilation of shakes, rumbles and loud noises made from collapsing buildings? On a scientific level, an earthquake starts as a vibration that travels to the Earth’s crust, caused by any natural or man-made factors.1 Whatever the cause is sets off a release of energy, which then creates seismic waves in the ground and makes the crust shake violently. When this shaking occurs, two or more rocks creating the crust start pushing and catch each other.2 These rocks are also called tectonic plates. When these plates hit each other long enough, they build up enough energy or tension to create the energy for an earthquake.3

According to FEMA, several thousand shocks occur every year in the US, with California experiencing them the most frequently and Alaska having the greatest number of large earthquakes mostly in uninhabited areas. Most often earthquakes are occurring west of the Rocky Mountains, though in history the worst have happened in the central United States. The largest ones to occur in the United States involved the New Madrid fault line in Missouri from 1811 to 1812 where three large quakes hit the state for three months.6

Earthquakes can have three parts: a foreshock, mainshock and aftershock. A foreshock is the preview for the main earthquake. They will be in the same space as the main shock and occur singularly or in groups, usually within a day of the main shock.7 The mainshock is classified as the earthquake itself, which has the larger magnitude and causes the building collapses or major damage to cities. Then there is the aftershock, which can occur anywhere from hours to months after the mainshock.8 These are known as the smaller earthquakes that can inflict further harm to already weak buildings.

Earthquakes are measured by their magnitude. Magnitude used to be measured using the Richter scale, which rated an earthquake from 1 to 10, but now scientists use a moment magnitude scale to determine the shaking and damage earthquakes will have on a city.9 It’s more precise and effective than Richter and better helps you prepare for when an earthquake comes your way. They are rated in scales of minor, strong, major or great (3 to 5, 5 to 7, 7 to 8, or 8 or more). An 8 quake hits somewhere every year.10

According to the United States Geological Survey, the last historic earthquake to occur in the United States was in Prince William Sound, Alaska on March 28, 1964. It was a 9.2 magnitude earthquake on the Richter scale and accompanied by a tsunami that together claimed 128 lives. Thirty blocks of homes and buildings either suffered severe damage or were completely collapsed downtown. 520,000 square kilometers ended up being displaced by the earthquake’s shakes, which then caused the tsunami. The shakes were also felt over other parts of Alaska, the western Yukon and British Columbia.11 For photos of the 1964 earthquake, please see the USGS photo library.

In January 2010, a massive 7.0 magnitude earthquake hit Haiti. It was caused by a fault line running very close to Port-au-Prince and very near to the Earth’s surface. Had the fault line been further beneath the earth, the damage would likely have been less to the city than what actually happened.12 As it stood, this earthquake was the worst quake in two centuries to hit the Caribbean nation and affected almost three million of its residents.13 Two strong aftershocks of 5.9 and 5.5 magnitudes in conjunction with the mainshock claimed many lives, some of which included emissaries from the UN, China, Jordan and France.14 In the end, the death toll was estimated at 222,750 people, with almost $7.8 billion in earthquake damages.15

During March 2011, Japan was hit with a 9.0 magnitude sub-sea earthquake about 231 northeast of Tokyo 15.2 miles below the ocean. It was the fourth largest earthquake in the world since 1900 and largest to hit Japan ever.16 The earthquake caused a tsunami to rise up and head towards Japan, hitting the coast near Fukushima. The death toll reached over 18,000 and also caused nuclear reactors in Fukushima to go into meltdown, causing more people to evacuate. No radiation poisoning or related deaths to the meltdown were reported.17

How to deal with an earthquake

Before an earthquake, you need to be prepared. You should have a place in your home picked out to drop, cover and hold on to during the quake, usually underneath a sturdy piece of furniture or near an interior wall that won’t fall on you.18 Having an emergency supply kit is crucial, especially if power or water goes off or if you’re trapped in a particular portion of the house for days. Your emergency supply kit should include items like:

You should also prepare your home for earthquakes. According to Ready.gov, a part of FEMA, you can take steps like fastening your shelves security walls, placing heavy objects on lower shelves, storing breakable items, bracing overhead light fixtures, repairing defective electrical and gas connections.20 For more information on preparing your home, see their “Before an Earthquake” page. The CDC also has a long list of steps you can take to inspect and prepare your home for earthquakes, including securing rooms in the home, appliances, bathroom fixtures, overhead items, shelves, cabinets, furniture and more.21 You can read more on their Inspect for Home Hazards page.

Even with protecting your home, you should have an evacuation plan worked out with your family along with a communication plan, in case you’re all not in the same place when the earthquake strikes or if the house isn’t secure. You will need to know how to get in touch with each other, where you will each be, where you will need to be, and what to do during the earthquake. Ready.gov has a Family Emergency Plan sheet you can fill out and keep with you for when this happens.22
During an earthquake, just drop, take cover and hold on. According to ABC news, do not head for the doorway unless your house is collapsing. If you are outside or in your car during an earthquake, you need to stay away from buildings, trees, and power lines or other things that could fall on you.23 Make sure to wait until the mainshock is over before you consider coming out.

What to do after

Following an earthquake mainshock, you need to make sure that you are okay. Check yourself for any injuries that you might have before going on to help others. Then put on clothes to protect yourself from debris: long-sleeved shirt, long pants, sturdy shoes and gloves. Help others and make sure that any hazards in your house are put out. Inspect and fix any small damages in your home. Keep your gas off. Then go outside and check on your neighbors. Be aware of fallen power lines and any emergency notices or updates with your battery-powered radio. Drop, take cover and hold on should aftershocks occur.24

If you are near water, move to higher ground as tsunamis can occur after an earthquake (ex. Japan). Go on foot, not in your car. Stay away from the coast. If you are trapped, get to a higher floor or in a tree. If you are not near water, consider at least relocating somewhere safer for a couple of days.25 There might be shelters open by emergency responders that you can consider going to. Consult your battery-operated radio for news on these shelters. For more information on immediate safety after an earthquake, read the Earthquake County Alliance’s Improve Safety briefing.

Organizations that help during natural disasters

There are a wide variety of international, national, state, local and independent organizations that come to the aid of earthquake victims after the disaster. The Federal Emergency Management Agency (FEMA) is one of the most well-known agencies during natural disasters, who sets up shelters and is sometimes the first team on-site after a natural disaster like earthquakes to help first responders and citizens get through the worst of the situation.

The Salvation Army is another national organization that helps during natural disasters, including earthquakes. They provide assistance including clothing, food, and other help needed during disasters. Akin to them is the American Red Cross, who provides medical help after a natural disaster, flying in nurses, doctors, donors, and volunteers to relieve suffering after earthquakes.

The National Guard also flies in during earthquakes to help with reconstruction efforts or rescue if someone is trapped in a structure. They are compiled from members from across the United States and are called by the President when needed. They often include members of the guard from that particular state.

In addition to these organizations are others, including the National Emergency Response Team (NERT), REACT International, Volunteers of America and more. For a full list of organizations who assist during natural disasters, visit the Disaster Center’s Agency list.

If you would like to assist earthquake relief organizations by donating, the best way is to go to their homepage and find their “How to Donate” page or “Donate” button. International organizations like the WHO or other UN-affiliated organizations will usually have a donation system going during a particular crisis that you can participate in

Below are links to some pages for earthquake relief organizations donation pages: 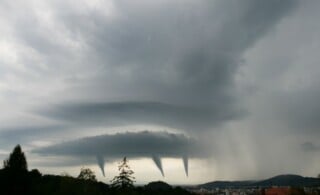 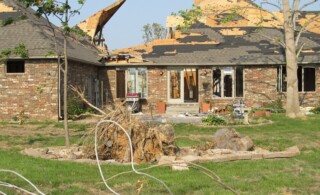 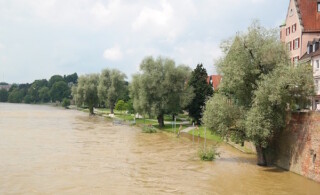 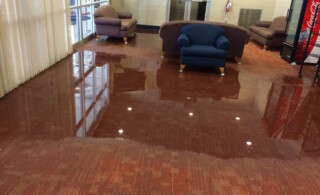 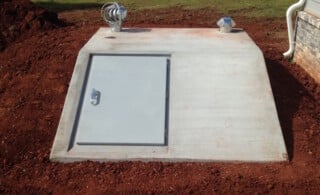