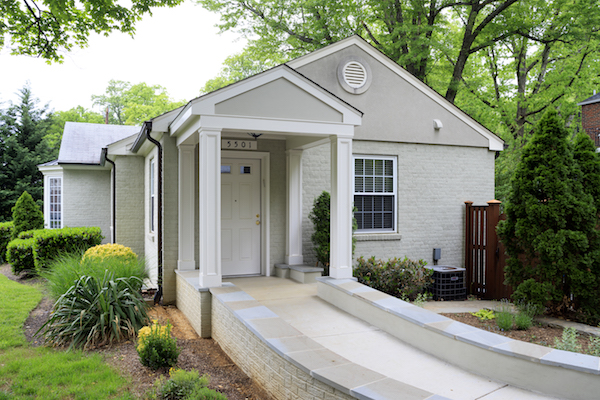 Before World War II, homes in this country were built one at a time. Afterwards, pent-up demand inspired builders to mass-produce homes and standardize design details.

In order to get those designs just right, builders looked for ergonomic data — information about how the human body moves and how much space is needed to comfortably perform our daily tasks. They discovered that the military had gobs of such data: After all, it needed exactly this kind of data to properly build tanks, ships and submarines.

Soon, American houses became very standardized based on the ergonomic data supplied by the military. Building codes were formalized, and the new standards became fixed legal requirements. These days, just about anywhere you go in America, you will find standard counter heights, light switch locations, and doorknobs.

But there is one big problem with the standard designs we’ve been using. The military data was based on the physical abilities and needs of average-sized, healthy, 18-year-old males!
So here we are today with all these wonderful homes perfectly suited to 18-year-old men. Unfortunately, only a very small part of the population fits into this very small demographic group.

Experts in design are increasingly recognizing this problem and coming up with general principles to guide us toward designs that better meet the needs of a broader segment of society. The emerging new standards are guided by principles called “Universal Design.”

Below are some steps you can take to incorporate Universal Design basics into your home:

According to traditional design, electrical outlets are placed relatively close to the floor. While fine for 18-year-old men, this location causes problems for both children and older people. Children are exposed to unnecessary risk because the outlets are so accessible, and older folks have great difficulty bending down low to plug something in. As Universal Design takes root, expect to see outlets rising up the wall.

Similarly, you can expect to see light switches moving lower down the wall so that children can reach them and older people don’t have to lift their arms as far.

Use lever-handle knobs instead of round doorknobs

Universal Design is also behind the trend away from round doorknobs and toward lever-handled ones. Besides making things easier and less painful for the millions of people with arthritis, the levers allow one to open a door with just an elbow when arms are full of groceries.

Perhaps one of the most radical aspects of Universal Design is the goal of minimizing steps. To understand the concept, imagine the typical suburban home. There’s a driveway and a front walkway. Typically, the front walkway extends from the driveway or sidewalk to the front door. As you approach the front door, you encounter steps. Even if no one had trouble walking up steps, having them wouldn’t make sense.
What about strollers, heavy-duty vacuum cleaners, rolling luggage, hand trucks and bicycles? All of these very handy, wheeled devices are stopped in their tracks by even a single step.

While not being able to easily get your luggage into the house is a hassle, not being able to get your own body into the house may mean you have to move. And, as unappealing as it is to consider, most families will eventually have someone who is wheelchair-bound — at least temporarily. Though it doesn’t make sense to build a house that you can’t roll into, that is how most of our homes are built.


Ready to start your universal design?

Along the same lines, most homes don’t accommodate single-floor living. Ideally, there should be one wheel-accessible level of the house that has cooking facilities, a full bath and a bedroom. Having laundry on that same level is another plus. This makes it possible for older folks, someone recovering from surgery, or a visiting relative with a disability, to function independently and safely in the home.

It’s pretty obvious that Universal Design makes sense, but most of our homes were built based on the old military model. So, what can we do?
For most people, it isn’t practical to redo the whole house according to Universal Design. Rather, the best course of action is to see every significant home improvement as an opportunity to implement these sensible features.

For example, if your front walkway is starting to crumble and it’s time to replace it, stop and think a bit first. Is there some way that a minor change in the slope of the front yard would allow for the reduction or elimination of steps? Such design improvements, when done in concert with other improvements you are making anyway, don’t typically add much cost.

Another common example is doorknob. Levered door handles don’t cost much more than the old-fashioned round ones, but the labor to switch can run $50 a door or more. So, if you are involved in a remodeling or home improvement project that involves new doors or hardware, simply specify that you want levered type door handles. The added cost will be minimal and well worth it.

In this manner, you will gradually improve the design of your home. Besides meeting the needs of a broader range of people, such improvements will also contribute to re-sale value. And as the baby boomers age, the demand for better-designed housing is skyrocketing.

Ready to start your universal design? 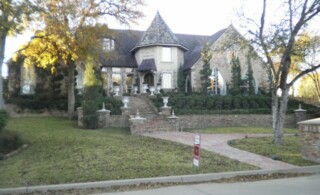 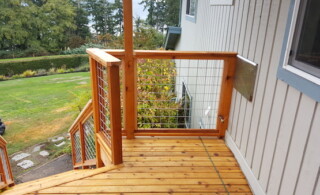 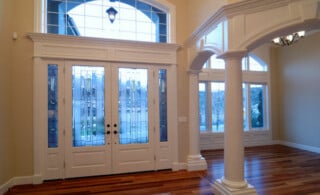 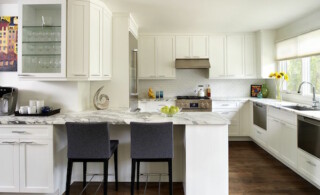 The 5 Benefits of Working With an Interior Designer 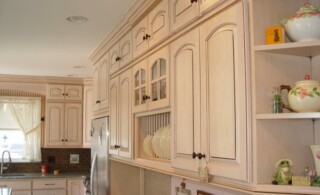