Smart Home Products that Keep your Home and Family Safe

The latest in smart home technology lets you give your home’s security a major overhaul for only a few hundred dollars. Here are three security-boosting devices perfect for you home.

Your home is a sanctuary, but it’s also an accident waiting to happen. In fact, more than 28 million Americans end up in the emergency room every year with an unintentional injury, whether from falls, fires, or freak accidents. The good news is that a lot of these injuries can be prevented, often with the help of smart home devices.

A door lock’s primary function is keeping out intruders. Smart door locks offer the security of a traditional deadbolt, plus several safety-enhancing technologies, like the built-in alarm on Schlage’s Connect Touchscreen Deadbolt that sounds if a burglar tries to force open the door.

Don’t want to mess with the look of your front door? Consider the August Smart Lock, shown in the video, which works with your existing deadbolt and is installed on the door’s interior. It can be programmed to automatically unlock as you approach the door, then automatically lock once you’re inside.

Smart locks can also notify you anytime the door opens, reassuring when you’re away on vacation. It’s also a way to keep tabs on family members, say a latchkey kid or elderly parent. And you can assign time-restricted “e-keys” to a housekeeper, weekend guest, or other visitor.

Smart door locks can integrate with other connected devices. For example, you could program entry lights to come on when the lock is opened, minimizing the risk of tripping.

Product Costs: $200 and up, per lock
Installation Costs: Smart locks can be more complicated to install than conventional locks, so a professional might charge anywhere from $50 to $350 for the job, according to HomeAdvisor’s True Cost Guide.

Roughly 60 percent of home fire deaths occur in homes with no smoke alarms or none that worked, according to the National Fire Protection Association (NFPA). A working smoke alarm is therefore the critical first step. But upgrading to a smart smoke alarm that can be controlled from a smart phone app has several added benefits. “Their new sensor and communication technologies are opening the door to better home fire safety,” says Kathleen Almand, vice president of research, data, and analytics at NFPA.

The Nest Protect, seen in the video, launched in 2011 and remains the best known smart smoke alarm, though it has several competitors. They all make it easy to deal with nuisance alarms, the main reason people disable standard devices. Instead of waving a dishtowel or, worse, ripping out its batteries, you simply hit the hush command on your phone.

Another advantage with many smart smoke alarms is that they also detect carbon monoxide (CO), a deadly gas that can escape from furnaces, water heaters, and other fuel-burning appliances. The Halo + Smart Smoke and CO Alarm also adds weather alerts for tornadoes, floods, and hurricanes.

Finally, smart smoke alarms provide peace of mind by alerting you to dangers when you’re away from home. With some models, including the Roost Smart Smoke Alarm, you can even designate a trusted neighbor or friend to receive alerts as well.

Product Costs: $80 to $120 per alarm
Installation Costs: A licensed electrician should be able to install a single alarm in an hour or less for a rate of $50-$100 per hour, based on HomeAdvisor’s True Cost Guide.

Home security cameras, also known as webcams, are another set of eyes in and around your home, sending live or recorded video to your smart phone. Footage can usually be stored in the cloud or on a local memory card. Many are hardwired, though battery-powered models exist, like Netgear’s Arlo Smart Camera, shown in the video, and the Blink Home Security Camera; both are weatherproof so they can be installed outdoors.

Home security is a benefit of the cameras; one industry study found that 60 percent of burglars consider their presence when selecting a target. But webcams are also about monitoring children, pets, and the like. “A lot of our customers have high-school age kids,” says David Laubner, head of digital marketing and e-commerce at Blink. “They want to know when they’re coming home and, more importantly, who they’re coming home with.”

Doorbell cameras are another option. They allow for two-way conversations with visitors, whether you’re on the side of the door or halfway around the world. That’s good for deterring unwelcome visitors. It’s also helpful for communicating with delivery people; with the addition of smart lock, you could even grant them temporary access to drop the package safely inside.

Product Costs: $100 to $250 per camera
Installation Costs: A licensed electrician should be able to install a single camera in an hour or less for a rate of $50-$100 per hour, based on HomeAdvisor’s True Cost
Guide. 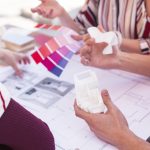 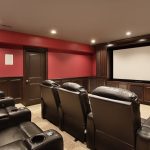 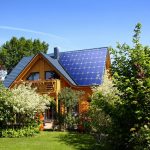 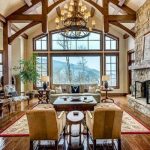