The economy is growing at a relatively modest pace, but new data from the Census Bureau show that revenue in real estate and rental and leasing is growing faster than the other industries that the agency tracks.

Total revenue for the third quarter of 2016, in a variety of service industries, was $3.5 trillion. This reflects:

Comparing that total to the category that includes real estate and leasing, we find much higher growth rates. The estimate of U.S. real estate and rental and leasing revenue for the third quarter of 2016, was $170.8 billion which reflects: 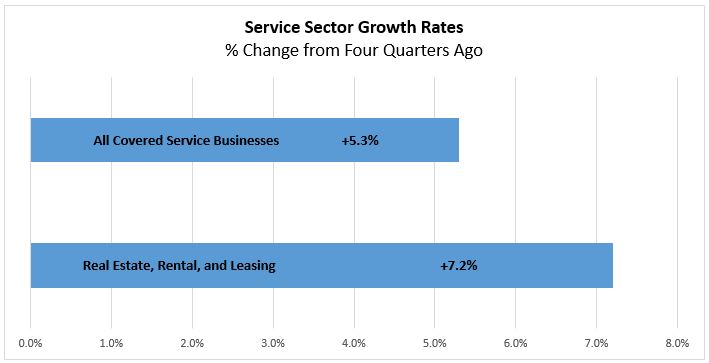 The first quarter of 2016 to second quarter of 2016 percent change was revised to 9.3 percent. In an environment where the overall GDP is growing at 4%-5% (nominal), this is significant.

(Note: all of the data discussed here are in current dollars, not inflation-adjusted.)